President Donald Trump announced the FDA has issued an emergency use authorization for convalescent plasma as a treatment for Covid-19.

“This is a powerful therapy that transfuses very very strong antibodies from the blood of recovered patients to help treat patients battling a current infection,” he added. “Today’s action will dramatically expand access to this treatment.”

Trump went on to say that based “based on the science and the data” from independent studies, the FDA has determined the treatment to be “safe and very effective.” 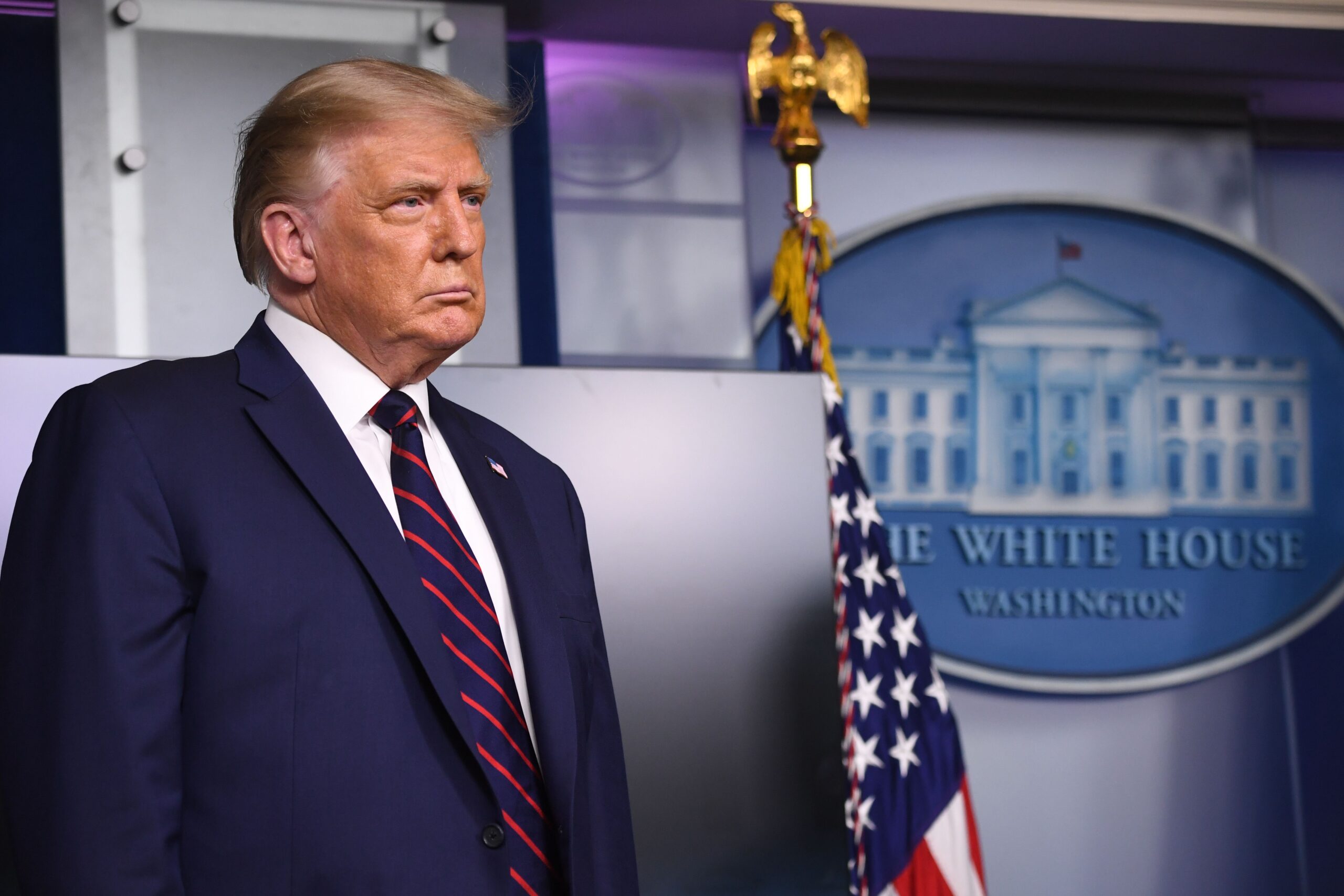 US President Donald Trump looks on during a press conference in the Press Briefing Room of the White House in Washington, DC, August 23, 2020. – American authorities announced an emergency approval of blood plasma from recovered coronavirus patients as a treatment against the disease that has killed over 176,000 in the US. (Photo by SAUL LOEB / AFP) (Photo by SAUL LOEB/AFP via Getty Images)

He continued saying, “In late July we launched a nationwide campaign to ask patients to have — who have recovered, and these are patients that have been incredible the way they have donated, but these are people recovered from the virus to donate plasma. Since then weekly plasma donations have doubled.”

The president went on to encourage Americans who have recovered from the virus to donate more plasma adding, “The country has united so strongly behind this.”

“The European Union’s case fatality rate is estimated to be three times higher than that in the United States,” Trump concluded. “Europe has seen 33% more fatalities compared to a typical non-pandemic year than the United States.”

More than 170,000 Americans have died of the coronavirus with over 5 million cases present in the United States, according to the Washington Post.

Not everyone was impressed by Trump’s emergency order. CNN medical expert Dr. Sanjay Gupta declared, “It [convalescent plasma treatment] has already been given to tens of thousands of people under an expanded access network. Unfortunately, it doesn’t appear a lot of randomized prospective data collected. So, not clear how this EUA will change things significantly.”

It has already been given to tens of thousands of people under an expanded access network. Unfortunately, it doesn’t appear a lot of randomized prospective data collected. So, not clear how this EUA will change things significantly. https://t.co/CngrWdKzNY

Watch the full clip above via Fox News.

Have a tip we should know? [email protected]