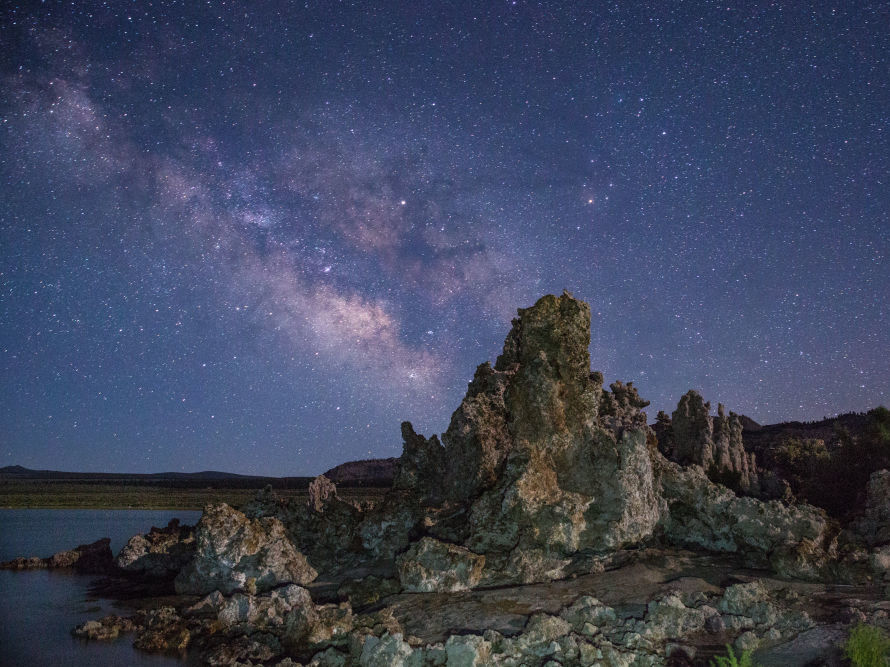 We named our science and culture commentary 13.7: Cosmos & Culture when it launched nearly nine years ago.

At the time, the universe was believed to be 13.7 billion years old. But according to data released from the Planck satellite since, it took a bit longer: 13.8 billion years from the Big Bang to this blog.

Here’s how it (the commentary, not the Big Bang) came to be:

In the Fall of 2009, my friend and colleague, astrophysicist Adam Frank, was visiting Dartmouth. I had invited him to give a talk to promote his then new book, The Constant Fire: Beyond the Science vs. Religion Debate.

Walking back from lunch, we were discussing how science was wrongly perceived by many (most) as being disengaged from culture, dispassionate and cold, myopic and disconnected from the social and political forces that shape our everyday lives. There was widespread confusion about global warming, vaccines, the future role and impact of technology, the relationship between science and religion, and some of the fundamental questions we worked on, such as the origin of the universe and of life, evolution, quantum physics, relativity, the nature of mind — the list goes on.

We realized then and there that science needed a new voice, different from the usual straightforward reporting already handled by newspapers, magazines, and radio and TV stations.

We wanted to create something new, a platform that would place science in a broader context, as an expression of our very human need to make sense of the world and our place in it. We wanted to scream to the world that science has a soul, that it doesn’t emerge from a value-free vacuum as the sober product of uncaring calculating intellects. We wanted to present the passion, the drama, the social and intellectual relevance of science as one of the deepest expressions of our engagement with the mysterious, the unknown aspects of reality.

We needed a space where we could present science from a very different angle — a science commentary — accessible to readers across the U.S. and abroad.

“What if we started a blog?” I suggested. Adam enthusiastically agreed.

We immediately began planning: This was the birth of 13.7: Cosmos & Culture.

We made a connection with NPR. We assembled an amazing first team of scientist-writers — that rare breed that has the credibility of their peers and the desire and understanding of the need for a public voice: K.C. Cole, Ursula Goodenough, and Stuart Kauffman. Since then, 13.7 has had an amazing ensemble of long-time collaborators, including philosopher Alva Nöe, and our current co-bloggers Barbara J. King and Tania Lombrozo. It has been a privilege to share this space with them all, and to hear their distinctive voices.

On Dec. 16, 2009, we opened our forum with three essays, by Adam, Stuart, and myself. Here are some of my words, which remain, I believe, as relevant today as they were then — perhaps even more so:

“Science is more than a way to make sense of the material world. It is a way of living, a way of constructing a narrative that places us at the center of things. Not, of course, physically. After all, we now know that we live in an expanding universe, far from the center of one among billions of other galaxies out there. As our worldview changed in the past few hundred years—think that Columbus sailed the world convinced that the Earth rested quietly at the center of the cosmos—we changed with it. Science is the product of the culture in which it is developed and, in its turn, helps define that culture. It walks along paths created by others and opens paths on which others can walk. Do not for a minute believe that science is disengaged from culture. Science is a very human creation, the product of the same curiosity that has moved our collective imagination for thousands of years. It is an expression of our deeply-ingrained desire to make sense of the world and to know our place in the big scheme of things. It’s very unfortunate that this perspective on science is often lost.

Which brings us to this blog. What a wonderful opportunity to exchange ideas on all aspects of science and culture with four other distinguished colleagues, each with his/her own view of things, and to invite you to share in this conversation. Our intention is to create an open forum to engage us all in the critical issues of our time. There is no question that this conversation is necessary, in fact urgent. The world is fragmented by polarized viewpoints that refuse to listen to each other; the planet is suffering with the unprecedented growth of our population and its demands for food, energy, and living space; temperatures are rising and the prospects are dire. This is not the legacy we want to leave for future generations.

In the middle of all this, many see science as ‘the enemy,’ a force of evil that robs people of their faith and creates even more ways to ruin the world as we know it. How alarming! We need a new voice for science, a voice that presents it for what it is, a very human construction that has its roots in the same age-old questions that haunted our ancestors for millennia. We are all in this together, and our doubts and fears are more universal than we think. As is our ability to wonder. Let us then find these universal qualities and work to celebrate and preserve life and this fragile planet that we all share.”

I stand by these words now, as I did 410 essays ago. NPR has given us a rare space to bring something unique to all of you — and one where we, scientist-writers, have been able to learn from our readers and each other. The act of crafting weekly essays, of engaging with complex ideas, has given me a rare opportunity to deepen my own ways of thinking about the world and society. It has also given me a deeper sense of my mission as a scientist and a writer.

The Internet opens the classroom to the whole world. And, just as I do in my classes, I teach and I listen, as I learn from my students and their world-views.

This conversation will continue in schools, at dinner tables, in churches and temples, in theaters, in media outlets, and in different venues across the country.

As for my part, I know what I need to do. As we learn from nature and its grand cycles of creation and destruction that extend from atoms to life to galaxies, from the old comes the new, reenergized. We carry this cosmic imprint within us — and the world needs to know.

Marcelo Gleiser is a theoretical physicist and writer — and a professor of natural philosophy, physics and astronomy at Dartmouth College. He is the director of the Institute for Cross-Disciplinary Engagement at Dartmouth, co-founder of 13.7 and an active promoter of science to the general public. His latest book is The Simple Beauty of the Unexpected: A Natural Philosopher’s Quest for Trout and the Meaning of Everything. You can keep up with Marcelo on Facebook and Twitter: @mgleiser