Celebrity Cruises continued a time-honored maritime tradition this week.  The cruise line marked a construction milestone with the coin ceremony for the line’s newest ship, Celebrity Beyond.  This event coincided with the keel laying for the new ship. 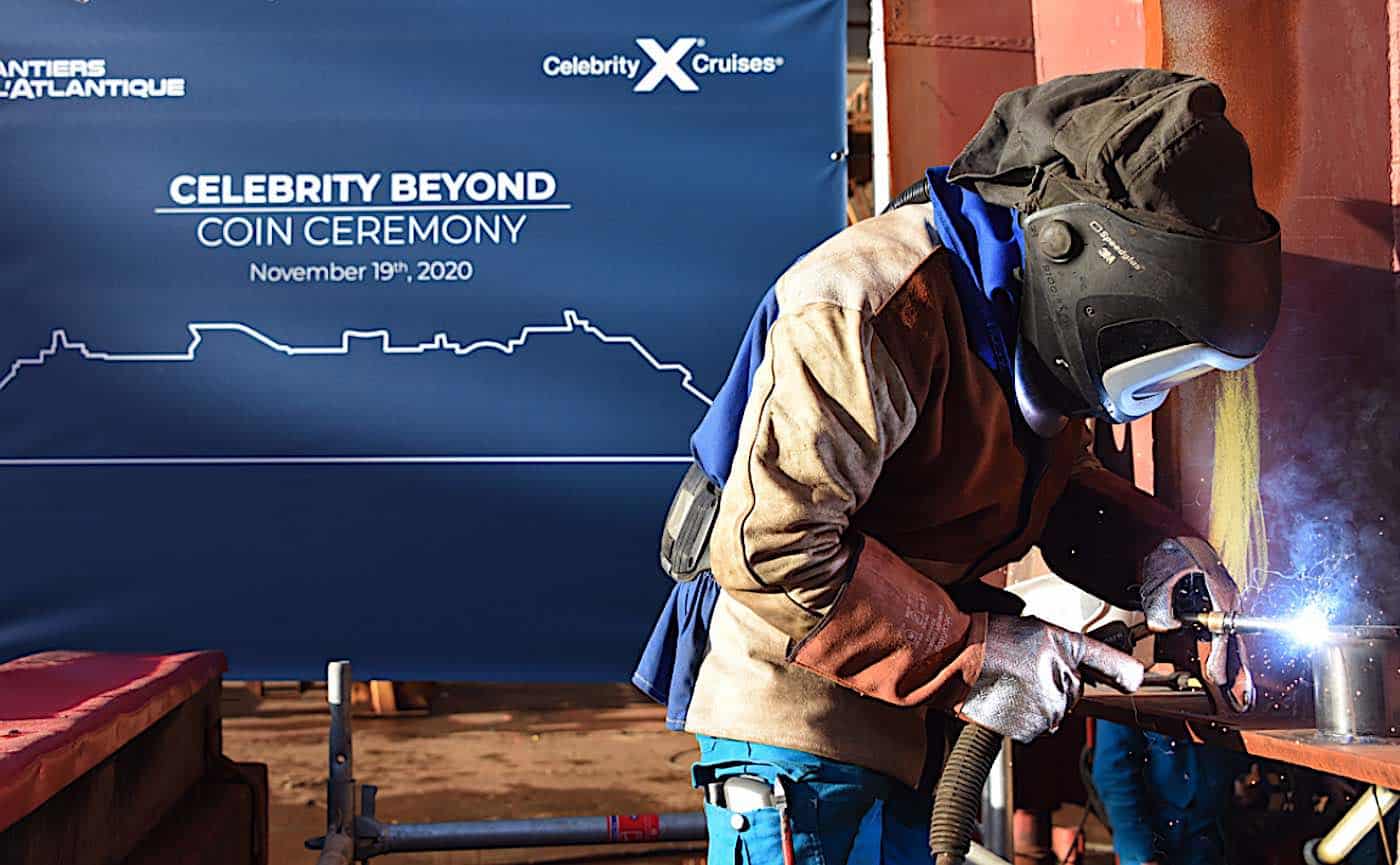 The event took place in France at the Chantiers de l’Atlantique shipyard.  During the ceremony, a newly created gold coin was welded into the keel block.  This marks the first step in the construction of a new ship.  According to legend, coins affixed to the keel block are supposed to bring good fortune to the ship.

Coin ceremony marks a milestone for Celebrity Beyond

The coin created for the ceremony came from the American Innovation dollar series honoring Annie Jump Cannon, the daughter of an American shipbuilder.  A suffragist and a pioneering astronomer, she is credited with the development of contemporary stellar classification.

“This is a proud and exciting moment because Celebrity Beyond will continue to elevate an already incredibly innovative and transformative Series of ships for our brand – and the industry,” said Lisa Lutoff-Perlo, President and CEO of Celebrity Cruises. “I thank all of my amazing colleagues and our incredible partners at the shipyard for moving us one step closer to bringing Celebrity Beyond to life. We have some special surprises planned with Celebrity Beyond and I really can’t wait to share her with the world.” 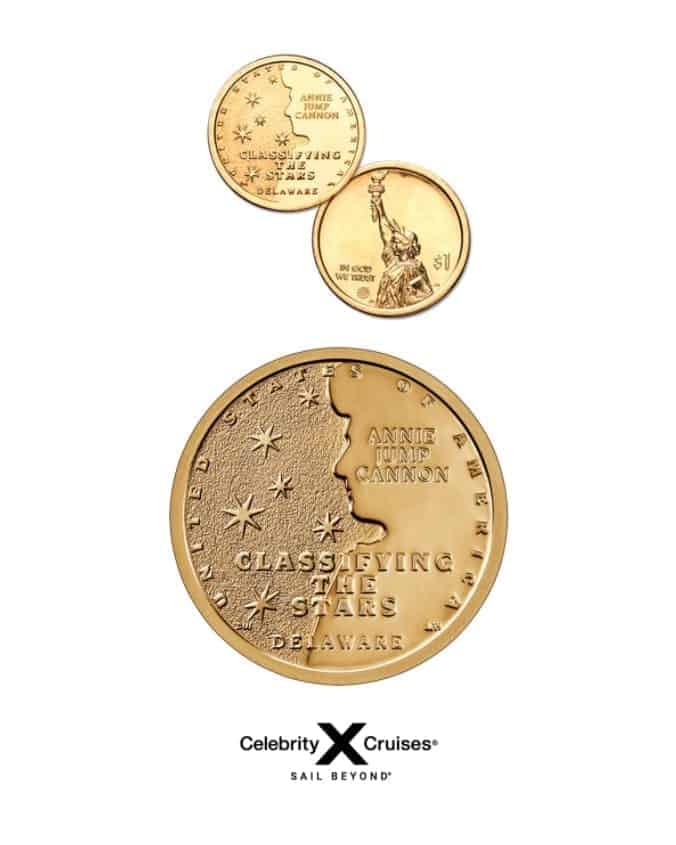 As their third cruise ship in the Edge Series, Celebrity Beyond will have similar innovations found on Celebrity Edge and Celebrity Apex.  One of the most striking features will be the cantilevered Magic Carpet, a moveable deck overhanging the ship that can be raised and lowered from Deck 5 all the way up to Deck 16.

Magic Carpet can be used in a multitude of ways, from a tender-loading platform on Deck 5 to a dining and cocktail lounge at night on Deck 16.

The cruise line hasn’t released details on what innovations will be repeated on the new ship that are found on its sister ships, it’s a good guess that there will be similar culinary and entertainment offerings.

Celebrity Beyond is planned to be delivered in Spring 2022.

I’m the editor and creator of CruiseMaven.com, and I travel the world without flying.  I hope to entertain, inform, advise and inspire you to experience the world at “see” level.  Be sure to enjoy a local meal and a glass of wine along the way.