Earlier today, BMW confirmed once again that a BMW X5 hydrogen fuel-cell SUV will arrive in 2022. The technology “could have the potential to become another pillar in the portfolio of BMW,” Chief Executive Officer Oliver Zipse said for Bloomberg. At the 2019 Frankfurt Auto Show, BMW introduced the concept version, dubbed the BMW i Hydrogen Next.

The second generation of the BMW fuel cell drive is currently being prepared in the research and technology center as another pillar of the principle called “Power of Choice”. So far, this meant a choice between gasoline, diesel, plug-in hybrid and electric drive. The hydrogen fuel cell will also be an option in the future. 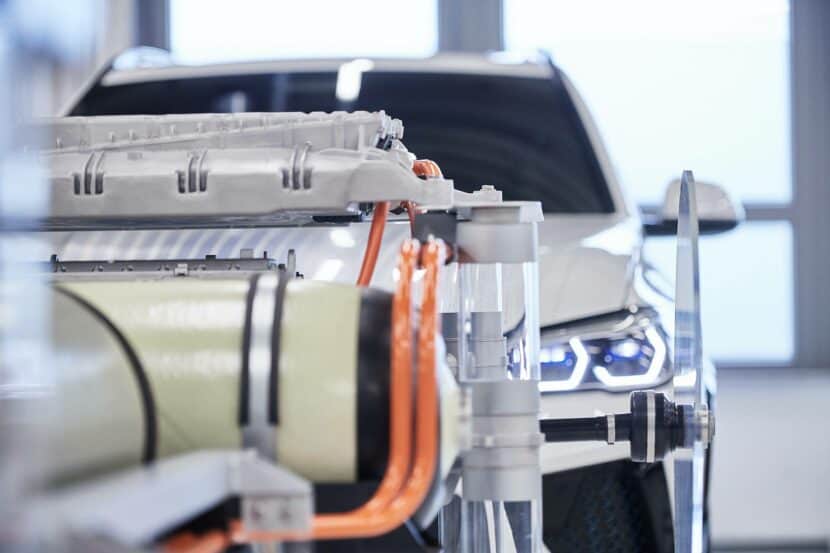 The fuel-cell in the luxury SUV based on the current BMW X5 G05 will provide 170 hp. The vehicle will also be powered by electric motors, which with a system output of 374 hp. The chemical reaction of hydrogen and oxygen in the fuel cell creates pure water vapor as the only “waste product”, so the BMW i Hydrogen Next is effectively locally emission-free.

In contrast to a purely battery-powered vehicle, like the BMW iNext, which has very similar dimensions, the energy reserves can be replenished within a few minutes. While charging an electric vehicle might take up to 30 minutes, a hydrogen fill-up can be done in less than five minutes. A total of 6 kilograms of hydrogen fit into the two 700 bar tanks. Toyota Motor Corp. will supply the fuel cells for the vehicle.

Read Also: Next-Gen 7 Series: Top and Most Powerful Model Could Be Named BMW i7 M60

The i Hydrogen NEXT will get a limited production run starting in 2022, BMW said in a statement Friday. Germany recently took the lead in bolstering the technology, presenting a 7-billion euro plan last month to support its domestic hydrogen industry. The country is targeting 5 gigawatts of green hydrogen production capacity by 2030, which would double by 2035.